How to Install kali Linux on Windows 10 Using WSL 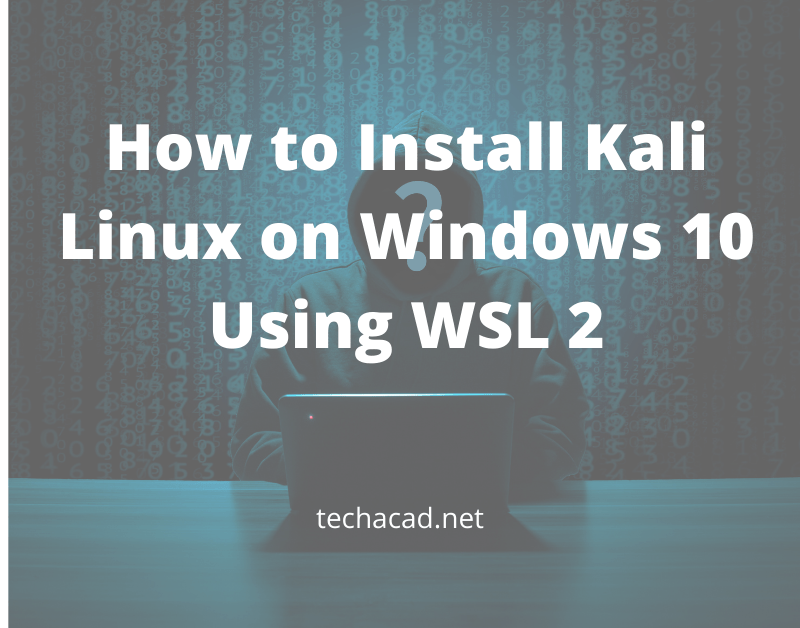 In this post, we will learn how to install Kali Linux on Windows 10 by installing WSL Short for Windows Sub-System for Linux. If you are not familiar with what WSL is, this is the right spot to start with. So let’s begin.

What is Windows Subsystem for Linux?

WSL or Windows Subsystem for linux is a feature introduced in Windows 10 which lets you install linux distributions including its GUI / Command Line utilities & applications without installing any hypervisor like VMWare or Virtual Box or without any dual boot environment.

Windows Subsystem for Linux provides very great job in integration between Windows & Linux, Very Fast boot time, using very small resources & support with current versions of VMware & Virtual Box. These all were great features however there were a few things like managing VMs, full linux kernel & full file system compatibility support which needed another version of WSL which is named as WSL 2.

Which Version of Windows Subsystem for Linux to Use?

Now that we know versions available but before making any decision which WSL version to use, lets take a look at features offered by both versions.

Now, if you are planning to store your project files on windows system or your project requires cross plateform compilation use WSL 1.

If you want to use linux file system for better performance & faster acces to file system, use WSL 2. Moreover WSL 2 uses smaller amount of memory on start up & if you are developing an application that

To install Windows Subsytem for Linux, you need to have Windows 10 Version 1903 or later. To check which version of Windows 10 you are using hold down windows Key on your keyboard and press r ( Win Key + r), and type winver in run dialog box and press enter.

Mine is windows 10 version 1909, which is older than 1904 version. If your version is not already updated, check for windows update. Currently, i have 1909 version & it is ready to be upgraded to 2004 as can be seen from below snapshot.

Now that my system meets the requirements, i am ready to install windows subsystem for linux. To install WSL, we need to enable “Windows Subsystem For Linux” feature. We can do this either by typing “Turn windows feature on or Off” in start menu & enabling the feature as follows.

or you can use below command in windows powershell without causing your system to reboot. Run powershell as an administrator and execute.

By default WSL 1 has been installed, to update to WSL 2 run powershell as an administrator and enable “Virtual Machine Platform”.

Now restart your machine to complete the WSL install and update to WSL 2.

As mentioned earlier, WSL 1 is the default. To set WSL 2 as default version execute “wsl –set-default-version 2” in powershell opened as an administrator. When you execute this command, it will ask to update its kernel component, Now download the latest Linux kernel for WSL2, which is mandatory of you want to use version 2.

I have downloaded & Installed Latest Linux Kernel on my windows 10.

Now that we have successfully installed WSL, lets add kali linux to our windows machine.

Launch kali linux from start menu, it will prompt for new user creation along with password. If you want to install full graphical view of Kali linux, you can install its desktop & xrdp utilities by using below commands in kali terminal.

Thats it, Upto this point you have learn to install Kali Linux as Windows 10 App by installing Windows Subsystem for Linux Version 2. If you are interested in installation of other version of linux, you can do so by visiting below URLS or Windows Store, where they are available for free.

These are our guides for setting up LAMP Server & LEMP server on Ubuntu, You can practice them on Windows Subsystem for Linux easily.

I hope this is been informative for you & i would like to thank you for viewing.