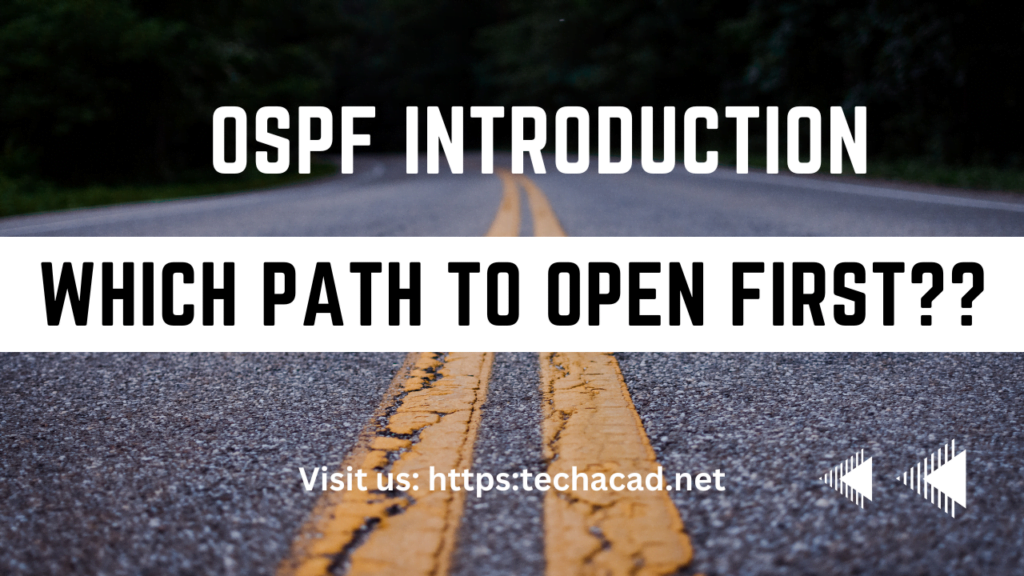 If you are preparing for Cisco CCNA or Cisco CCNP or higher exams you will need to learn OSPF routing protocol. OSPF (Open Shortest Path First) is link-state routing protocol which we shall learn in this post. Before understanding OSPF, lets talk about navigation system like google maps which you use on your smart phones to get to your destination. Google maps has complete knowledge of the city or territories which provides us loop free navigation services. OSPF works like google maps as it build the complete network map called LSDB (Link State Database) and then runs its Dijkstra algorithm to calculate the best path to your destination subnet / network.

So if there is a network of OSPF speaking routers connected with switch, so each router will advertise its LSA to form neighborship with other routers. This will create a full mesh of OSPF neighbors. This will cause huge LSAs traffic over the network.

Since bad stuff can happen to our networks we want to have backup for our Designated Router. If it
crashes the BDR (Backup Designated Router) will take over. All our OSPF routers will only form full neighbor adjacencies with the DR and BDR and not with all other routers.

What is an OSPF Area?

OSPF works with the concepts of areas and by default you will always have a single area, normally this is area zero (area 0) or also called the backbone area. The main benefit of creating areas is a reduction in the number of routes to propagate – by the filtering and the summarization of routes. as per Cisco:

An OSPF network can be divided into sub-domains called areas. An area is a logical collection of OSPF networks, routers, and links that have the same area identification.

What are OSPF Area types?

Each OSPF router needs to have an unique router ID which is based on the highest IP address on any active interface, there is a catch here however. On any Cisco router you can create loopback interfaces which is like a virtual interface. You can configure an IP address on it and when you try to ping it you will always get a response.

How does OSPF calculates path?

If we recall from distant vector protocols, they used metric to calculate the path. The metric is what the routing protocol uses in order to determine the best path. OSPF uses a metric called cost which is based on the bandwidth of an interface, it works like this:

If you have a 100 Mbit interface what will the cost be?

If you have a 10 Mbit interface what will the cost be?

If you have a 1 Mbit interface what will the cost be?

The lower the cost the better the path is.

What if multiple OSPF paths have equal cost?

If a path is not equal we can make it so by manually changing the cost or bandwidth of an interface.

Well, that’s enough of the introduction to OSPF, in this post we have covered a lot of the basic terminologies of OSPF which included OSPF DR, OSPF BDR, OSPF Areas, OSPF Area Types, OSPF Router Types, OSPF LSA Types, OSPF Hello Packet, OSPF Router ID, OSPF Path Calculation & OSPF Equal Cost Load-balancing. I hope this has been informative for you, i next lesson we shall configure OSPF and verify the neighborship using show commands.