What is Network Time Protocol & How to Configure NTP?

NTP stands for Network Time Protocol, which is responsible to sync time to a central location or server.  NTP is designed to synchronize the clocks on computers and networks across the Internet or Local Area Networks (LANs), MANs & WANs.

So why would I configure my network devices to sync its time with NTP server? Well, all network administrators require monitoring of their network and keep track record of all events happening in their network with actual timestamp. So imagine if your network got hacked then you would not know what and when it happened?

What Port does NTP uses?

Which time server should I use?

A good example of a NTP server is NTP POOL DOT ORG. This is a cluster of NTP servers that many servers and network devices use to synchronize their clocks.

How do I know that NTP is Accurate?

NTP uses concept of Stratum which defines how many NTP hops a device is from an authoritative time server. If a network device like router, switch or firewall is configured with multiple NTP servers it would prefer NTP server with lowest stratum.

Below is the Step-by-Step Procedure to configure NTP in Cisco, optionally you can configure authentication with your NTP server. If we are using URL based NTP server like pool.ntp.org we need to configure name-server to resolve the URL to IP address as follows:

We can verify NTP status and associations in Cisco by using below mentioned commands.

Below is the Step-by-Step Procedure to configure NTP in Juniper, optionally you can configure authentication with your NTP server.

We can verify NTP status and associations in juniper by using below mentioned commands.

We can verify the NTP status in Fortigate as follows 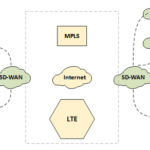